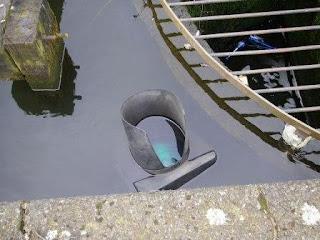 Now, I've seen a lot of things floating in canals. Fortunately not a human corpse - but a traffic light?


Well, we're back on the moorings again after our abortive cruise. Setting off at 0645 we were tying up by 12 noon. Everything went very smoothly. The top pound between locks 1-2 on the Aston Flight was empty. But it is ever thus. And all the locks were against us. But we met two boats coming down Farmer's Locks right at the bottom so that made it easier. David treated me to a lovely lunch in Edmunds and then it was back into bed for an afternoon's sleep to recuperate. 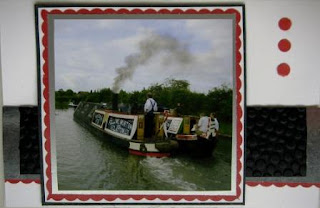 Three cards made from the same photograph of President.

The first one has a strip of red scalloped card stuck underneath a strip of silver card and on top of that a strip of black Cuttlebugged card is layered before sticking them across the bottom half of a white C6 card. 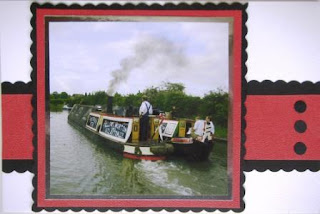 This card was made in the same way using black scalloped and red card. 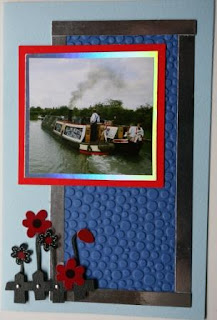 And finally, a blue base card with a Cuttlebugged blue panel fixed vertically down the card with a silver border made from strips of card. The photograph was matted onto silver and red card and fixed towards the top of the panel. A bought flower topper was fixed on the bottom left hand side to finish it off.
Posted by Brenda Scowcroft at 19:49