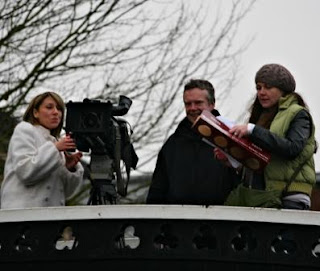 Is this the most filmed on bridge in the UK?

This time it is BBC West Midlands Today. They must have spent about 4 hours filming and will probably be on screen for less than 4 minutes.

Otherwise is has continued to be quiet around here (apart from the Tap and Spile that is). Not many boat movements and not many gongoozlers.

There is a snowdrop in one of the flower boxes on the lock island. The Canada geese must have missed it! 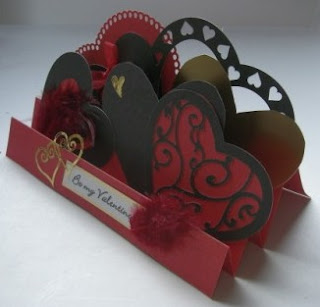 I have made another of the "step" Valentine Card - this one I have made especially for George and was ordered from his admirer.

It has been made in the same way and the previous one but I used different coloured heart combinations. 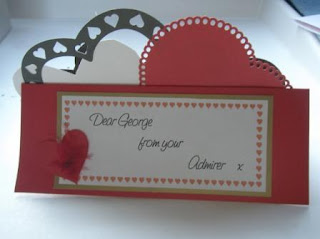 I printed out the message for the back and added another heart with a red feather. 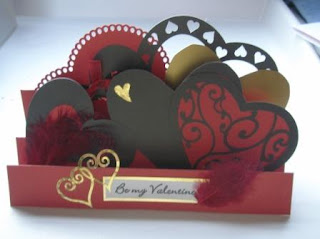 This is a view from the front.

Posted by Brenda Scowcroft at 17:08

Love the valentines step card - here's a thought, how about one with the hearts being carried in a narrow boat, Not sure K2 would work as the carrier...