We are going to get a new library in Birmingham. The old one (a 60's type monstrosity) isn't good enough. Anyway the foundations are just being dug and they have come across the old canal route. 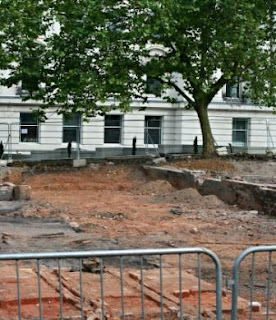 You can clearly see the brick walls, and the people in hard hats and dayglo jackets are archaeologists. 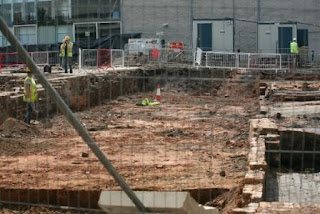 The route of this canal seems to come from the BCN probably from what is left of the little arm between the Malthouse pub and the ICC and through the REP theatre. It then heads towards Baskerville House. There would have been a lock somewhere, but whether that would have been the larged inland lock we are not sure.
So! To celebrate the new football season a football card. Haven't made a Walsall one before. 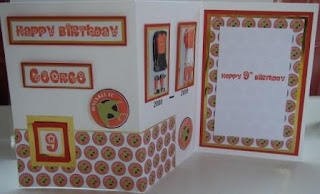 I started off with two 5x7" cards and stuck them together to make a tri-fold card. From the Walsall Football Team website I found their badge and using the computer I took the badge and created the backing paper in Word and the sentiments using the Bend it font.
I also made made 3 more copies of the badge and decoupaged it. 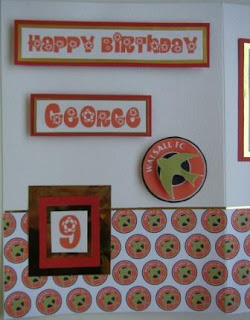 On another web site I found historical football kits here and used the 2009 kit and also the 2000 kit (the year that George was born) and decoupaged these too, matting them onto gold and red. 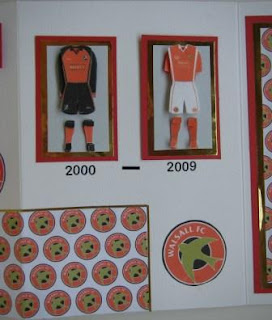 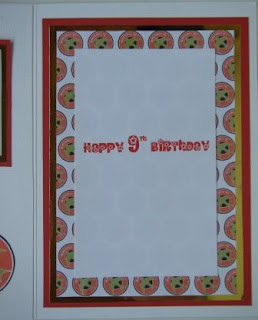 Posted by Brenda Scowcroft at 19:59